South Africa’s National Park Service and the Western Cape government have ordered visitors to leave the Table Mountain National Park, a popular tourist attraction in Cape Town, after a fire broke out on Wednesday, destroying buildings and threatening a nearby university campus.

The Cape Town government said on social media that the fire department noticed a fire in the vegetation on the east side of Table Mountain at 8:45 am, and firefighters and local rescue organizations immediately went to the scene. The fire then spread from Rhodes Memorial Hall to the nearby University of Cape Town. 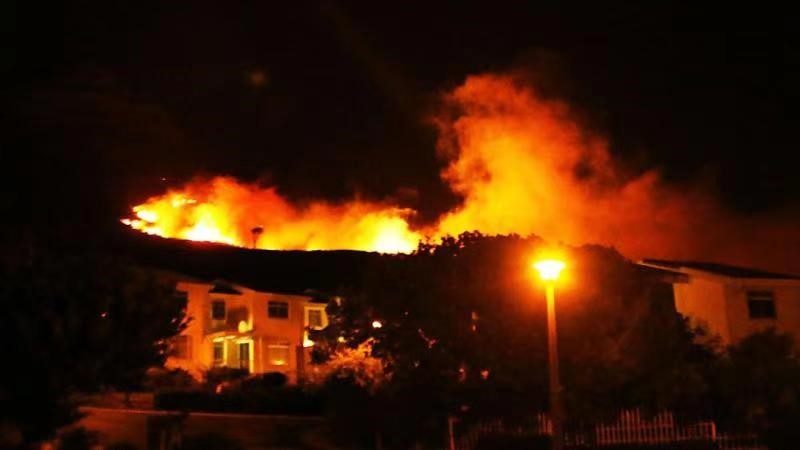 In a statement, the South African National Parks Service said an initial investigation suggested the fire may have been started by homeless people and that high temperatures and low relative humidity in the air caused the fire to spread quickly. The fire destroyed a restaurant near Rhodes Memorial Hall and spread to the top of the campus of the University of Cape Town.

The South African National Park Service said 129 firefighters were on the front lines of the blaze, with four helicopters on the scene and a large number of water tankers and fire engines.

A national arboretum connected to Table Mountain National Park and some nearby roads were closed after the fire broke out. South Africa’s National Park Service and the government of the Western Cape province, where Cape Town is located, asked visitors to evacuate immediately. The University of Cape Town said its campus had been evacuated.

Smoke rising from Table Mountain could be seen more than 10 kilometers away.

Video on social media shows the restaurant near Rhodes Memorial exploding in a fire.

Several witnesses said the University of Cape Town library was on fire.